This week’s portion, Kedoshim (“holy,” plural adjective), has a lot of laws packed into a mere 64 verses. In fact, it reminds me of Parashat Mishpatim (Exodus 21:1 – 24:18), which also has a whole lot of laws in it.  But the tone is completely different.  Mishpatim follows the giving of the Ten Commandments and is in part an expansion of those laws, providing a framework for a just, compassionate, smoothly functioning society.  The word “holy” occurs only once, in 22:30, “You shall be holy people to Me: you must not eat flesh torn by beasts in the field…”  Elsewhere in the Bible, “holiness” is similarly presented in the context of a specific command.  Some examples identified by R. Avraham Hen (cited in N. Leibowitz, Studies in Vayikra, pp. 265-6) include physical cleanliness (Deut. 23:15), purification via ritual bath (2 Samuel 11:4), avoidance of anything defiling (Lev. 11:44), to earmark or prepare for an important act (Joshua 7:13, Jeremiah 1:5), abstaining from permitted things (e.g., as a Nazirite, Num. 6:8), martyrdom for the sake of God (Lev. 22:32), and separating or isolating (like Mt. Sinai right before Revelation, Ex. 19:23).  And, as I wrote here in 2011,”’Holiness’ in Judaism denotes something that has been set apart as special, as a wife is made holy to her husband and a husband to his wife through marriage.  Indeed, the stage of a Jewish wedding in which the groom gives the bride the ring is called ‘kiddushin’ (often translated ‘betrothal’).”

In its laws of daily, mundane life, Kedoshim conveys the holiness of the everyday.  It begins, “1 The Lord spoke to Moses, saying: 2 Speak to the whole Israelite community and say to them: You shall be holy, for I, the Lord your God, am holy.”  That is the “why” of holiness, i.e., to live in a manner that brings you closer to God; the laws that follow are the “how.”  The commands are punctuated by the phrases “I am the Lord” eight times and “I the Lord am your God” eight times.  Among the laws: respect your parents and the aged; take care of the poor; love your neighbor as yourself; judge without bias toward rich or poor; don’t lie, steal, or defraud; don’t hold grudges; don’t gossip; don’t take advantage of people or push them into doing wrong (e.g., putting a stumbling block before the blind) or be mean (e.g., insulting the deaf) or mix different kinds of cattle, seed, or wool-plus-linen textiles (shatnez); don’t engage in prohibited sexual relationships; and so on.  According to Rashi, “You shall be holy” in 19:2 specifically refers to the preceding chapter; that is, restraint concerning the forbidden sexual relations listed there is what allows one to be holy.  Ramban disagrees.  He views the same phrase as a global introduction to the current chapter, prescribing not only sexual restraint but restraint as an overall approach to life.  We are supposed to practice restraint in our obedience of the laws.  Excess, even excess fervor, is to be discouraged.  We’ll consider this further in a few weeks when we study the laws of the Nazirite.

The Strong Arm Of The Law
A pickpocket has finally been caught and has been found guilty in court of a long list of crimes. The judge says to the pickpocket “give me one good reason why I should not look you up.”

To which the pickpocket replies “Well, it wasn’t me! You see my right arm stole the watch. I should not be held responsible for something my right arm did!”

The judge figures that this particular criminal is a smart alec and so decides to play him at his own game.

At which point the pickpocket removes his artificial arm, lays it on the judge’s bench, and walks free!

DUI
One night a police officer was staking out a particularly rowdy bar for possible DUI violations. At closing time, he saw a fellow stumble out of the bar, trip on the curb and try his keys on five different cars before he found his. The man sat in the front seat fumbling around with his keys for several minutes.

Meanwhile, all the other patrons left the bar and drove off. Finally he started his engine and began to pull away. The police officer was waiting for him. As soon as he pulled onto the street, the officer stopped him, read him his rights and administered the breathalyzer test to determine his blood-alcohol content.

The results showed a reading of 0.0.

The puzzled officer demanded to know how that could be. The con artist replied, “Tonight I’m the designated decoy.”
———————————
http://www.freerepublic.com/focus/news/2259012/posts

Sayings of the Jewish Buddhist (selected)

Accept misfortune as a blessing. Do not wish for perfect health, or a life without problems. What would you talk about?

The journey of a thousand miles begins with a single Oy.

There is no escaping karma. In a previous life, you never called, you never wrote, you never visited. And whose fault was that?

The Torah says, Love your neighbor as yourself.
The Buddha says, “There is no self.” So, maybe we’re off the hook.

A bus filled with politicians was driving through the countryside one day, on the campaign trail. The bus driver, caught up in the beautiful scenery, loses control and crashes into the ditch. A farmer living nearby hears the horrible crash and rushes out to discover the wreckage. Finding the politicians, he buries them.

The next day, the police come to the farm to question the man. “So you buried all the politicians?” asked the police officer. “Were they all dead?”

The farmer answered, “Some said they weren’t, but you know how politicians lie.” 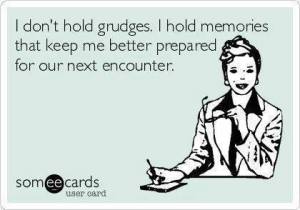 In our era, the road to holiness necessarily passes through the world of action.
Robert Green Ingersoll

Holiness, not happiness, is the chief end of man.
Oswald Chambers

Our holiness is an effect, not a cause; so long as our eyes are on our own personal whiteness as an end in itself, the thing breaks down.
Charles Simeon

This entry was posted in Uncategorized and tagged holiness, Leviticus, love your neighbor as yourself, Ramban, Rashi, shatnez, stumbling block before the blind. Bookmark the permalink.