That’s the typical reaction to the Torah portions Tazria (Lev. 12:1- 13:59) and Metzora (Lev. 14:1-15:33), especially if you’re 12 and have just been told this will be your Bar or Bat Mitzvah portion.  At least this year, we read the two at once, getting through them in one week instead of two.  Actually, the text lends itself to Bar/Bat Mitzvah talks on some interesting, non-yucky topics: considerations of life and death, male and female, purity and impurity, divinity and earthiness; boundaries; “uncleanness” of a person (say, a child who doesn’t “fit” with a peer group) or a group (Syrian refugees, Republicans, Democrats…). But this year, I’m going to be more literal.

The reading begins with instructions for ritual purification after childbirth and a re-statement that a boy is circumcised on the 8th day.  The woman is ritually impure twice as long for a girl as for a boy.  For various opinions on this, see, e.g., https://igplotzk.wordpress.com/2014/03/27/comments-on-leviticus-12-1997/ .

Then we get into tzara’at.  This condition can occur as a skin disease, a reddish or greenish discoloration of cloth or leather, or a similar discoloration of the stones of a house.  The skin ailment is not leprosy (Hansen’s disease), but some other skin ailment(s) (psoriasis? vitiligo?).  The other manifestations might be some type(s) of mold or mildew.  We get a detailed, clinical, businesslike description of how a priest (it must be a priest) deals with tzara’at: diagnosis, removal of the infected person (metzora) or item from the community, follow-up, and determination of readiness for purification, and rituals for purification.  The priest is not a doctor; there is no treatment per se, just separation, observation, and waiting.

My go-to reference concerning ritual purity and impurity (that does sound weird – I have a “go-to reference on such stuff?) is Purity and Danger by Mary T. Douglas.  From p. 52, on holiness: “Granted that its root means separateness, the next idea that emerges is of the Holy as wholeness and completeness. Much of Leviticus is taken up with stating the physical perfection that is required of things presented in the temple and of persons approaching it. The animals offered in sacrifice must be without blemish, women must be purified after childbirth, lepers should be separated and ritually cleansed before being allowed to approach it once they are cured. All bodily discharges are defiling and disqualify from approach to the temple.”

The end of the portion concerns ritual impurity caused by genital discharges.  Details are in Chapter 15.  These discharges are normal and healthy, like those after childbirth, but they disqualify one from participation in Tabernacle or, later, Temple ritual. Tzara’at, on the other hand, is regarded as the manifestation of divine disapproval, a spiritual problem.  Tzara’at is eventually linked to the sin of lashon hara (literally, “evil tongue,” derogatory speech about someone else).  We’ll see this with Miriam’s punishment in Deuteronomy. 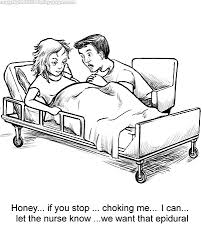 Cell-ulitis –  getting sick right before getting arrested.

Chandelier Sign – jumping off the bed to belly palpation, seen with extreme pain.

Chartomegally –  when the patient is in the hospital so long the chart becomes massive.

Cyberchondria –  worrying about all the worst possibilities after reading the internet.

Fakasia –  faking stroke symptoms with aphasia to try and get admitted to the hospital.

4. Blue Skin Disorder: the blue people
A large family simply known as the “blue people” lived in the hills around Troublesome Creek in Kentucky until the 1960s. They were the blue Fugates. Most of them lived past the age of 80, with no serious illness – just blue skin. The trait was passed on from generation to generation. People with this condition have blue, plum, indigo or almost purple skin. (Source)

8. Blaschko’s lines: strange stripes all over the body
Blaschko’s lines are an extremely rare and unexplained phenomenon of human anatomy first presented in 1901 by German dermatologist Alfred Blaschko. Neither a specific disease nor a predictable symptom of a disease, Blaschko’s lines are an invisible pattern built into human DNA. Many inherited and acquired diseases of the skin or mucosa manifest themselves according to these patterns, creating the visual appearance of stripes…usually forming a “V” shape over the spine and “S” shapes over the chest, stomach, and sides.

A member of the United States Senate, known for his hot temper and acid tongue, exploded one day in mid-session and began to shout, “Half of this Senate is made up of cowards and corrupt politicians!”

All the other Senators demanded that the angry member withdraw his statement, or be removed from the remainder of the session.

After a long pause, the angry member acquiesced. “OK,” he said, “I withdraw what I said. Half of this Senate is NOT made up of cowards and corrupt politicians!”

It isn’t what they say about you, it’s what they whisper.  Errol Flynn

If you can’t say anything good about someone, sit right here by me.  Alice Roosevelt Longworth

Gossip is the art of saying nothing in a way that leaves practically nothing unsaid. Walter Winchell