Inching toward spring, hurrying toward Leviticus, though most would prefer the reverse.

This week, as the snow melts in Wilmington, we finish reading the book of Exodus with a double portion, Vayak’hel-Pekudei, 214 verses that are largely a rerun of Parshiot Terumah and Tetsaveh, which we read 2 and 3 weeks ago.  We also have an additional 22-verse reading about the red heifer (parah adumah), since this is Shabbat Parah, the third of the special Sabbaths before Pesach.  The red heifer in the additional Torah reading is used in ritual purification from physical contamination, while the haftarah (Ezekiel 36:16-38) uses that imagery in the context of spiritual purification and cleanliness.

The weekly reading starts with yet another reminder to observe the Sabbath.  This is followed by the instructions for building the Tabernacle.  From this juxtaposition, the rabbis inferred 39 types of melakhah (“labor”, sort of), transformative or creative activities, related to building the Tabernacle (later, the Temple), that are forbidden on the Sabbath.  These, broadly involve the production of bread, clothing, parchment (and writing on it), and shelter.  The amount of physical effort is not part of the definition of melakhah.

Next come the building and furnishing of the Tabernacle and the preparation of the priests’ vestments.  Everyone freely donates materials, labor, and skill.  In fact, there are more donations than can be used (the dream of all fund raisers).  Moses keeps a very careful account of all the gold, silver, and copper given.  Bezalel is the chief artisan.  Assisted by Oholiab, he directs the skilled (“wise-hearted”) people in the required wood- and metal-working, tanning hides, spinning, weaving, dyeing, embroidering, sewing, and compounding the incense and oil.

The priestly vestments are made.  The instructions are given for the priests’ ordination by Moses. The Tabernacle is assembled by Moses on the first day of Nisan, almost a year after the Exodus from Egypt.  A cloud covers it by day, a fire by night, their movement indicating when it is time to decamp and move onward.

We are taught that repetition does not occur in the Torah without a reason.  In this case, while the instructions in Vayak’hel-Pekudei repeat a lot of Terumah and Tetsaveh, the tone and context are quite different.  The earlier instructions are given only to Moses, in his intimate sojourn with the Lord, before the people have sinned with the golden calf.  The actions of the people involve the entire community as donors, laborers, and skilled artisans.  Their excessively generous donations and care in following directions are fueled by relief that they hadn’t been destroyed.  Like children forgiven by parents, they want to demonstrate that, yes, they can “be good.”  The details confirm that everything was done as prescribed, as does the explicit recital ca. 19 times in Pekudei (38:21 – 40:38) that each of these steps is done “as the Lord commanded Moses.”

With the completion of the magnificent Tabernacle and vestments, Moses and the Israelites appear ready to move onward to the Promised Land.  But are they really?

Q: What do you get when you cross a Jamaican and a ginger?
A: A gingerbreadmon

Cleanliness #jokes #humor
Two roaches were munching on garbage in an alley. “I was in that new restaurant across the street,” said one. “It’s so clean! The kitchen is spotless, the floors are gleaming white. It’s so sanitary the whole place shines.” “Please,” said the other roach, frowning. “Not while I’m eating!

No Joke: These Guys Really Do Work Out of a Cardboard Box

When the employees at Nothing, an Amsterdam ad agency, say they work out of a cardboard box, most people are probably think they’re making a joke about their cheap-o bosses. They’re not, and the bosses aren’t being cheap at all. Rather, they commissioned Alrik Koudenburg and Joost van Bleiswijk to create all of their office furniture using only cardboard. The results are pretty impressive, but they’ll only grow more interesting over time, since visitors are encouraged to mark up the surfaces with anything they please, making the entire office a palimpsest. It’s worth noting that cardboard furniture has a long history: Frank Gehry’s cardboard line is a modern classic that’s been in production for thirty years; Design Within Reach used to carry an excellent cardboard desk that I owned for a while. It’s a great material: Light, strong, green, and warm-looking.

Warning: Do not share this article with any non-accountants because they will roll their eyes and make fun of you…

Isaac was out shopping in Golders Green when he sees a sign in a window saying, ‘JACOB’S CUSTOM MADE CLOTHING’. He’s not sure whether to go in – it looks an expensive shop. But Jacob, the owner, sees him hesitating and quickly invites him in.
“What are you looking for?”
“A suit.”
“Good,” said Jacob, “you’ve come to the right place. When we make a suit here, you’ll be surprised at how we go about it. First, digital cameras take pictures of your every muscle and we download the pictures to a special computer to build up your image. Then we cultivate sheep in Australia to get the very best cloth. For the silk lining, we contact Japan for their silkworms, and we ask Japanese deep-sea divers to get the pearl buttons.
“B-b-bbut,” said Isaac, “I need the suit for a Bar mitzvah.”
“When?”
“Tomorrow.”
“…You’ll have it.” 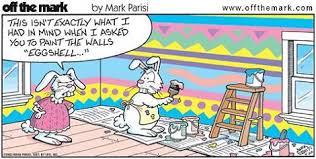 Real generosity toward the future lies in giving all to the present. Albert Camus

Gentleness, self-sacrifice and generosity are the exclusive possession of no one race or religion. Mahatma Gandhi

In a time of domestic crisis, men of goodwill and generosity should be able to unite regardless of party or politics. John F. Kennedy

True generosity is an offering; given freely and out of pure love. No strings attached. No expectations. Time and love are the most valuable possession you can share. Suze Orman