We’re at the beginning of a holiday season of family and partying and buying stuff and music.  For me, as I grew up, it was highlighted by several family birthdays, beginning with my late mother’s (11/26/15), followed by mine a week later.  Then, coming home became an important aspect, especially once I was in grad school.  When I was first employed, work group holiday parties (often several) and wrap parties (I acted a bit in community theater) were added, and work demands wound down with the year.  In my last years at work, I confined acting to the workplace, and parties multiplied as we frantically tried to meet year-end legal deadlines.  Now, retired, I’m almost party-less. Too quiet.  I think I’ll substitute parties with concert attendance. I will buy a limited amount of stuff.  Family is scattered, but our daughter was just here, and she connected us to her brother via Facetime. And I’m already home.

In this week’s Torah portion (you knew I’d get to it eventually), Jacob finds his way home, somewhat circuitously.  Some loose ends must be tied up before we move on to the Joseph story.

First is reconciling with Esau, who is coming to meet Jacob with 400 armed men. From 2014: “After strategically dividing his household, he spends the night alone and wrestles with someone/something until dawn when he forces the being to tell him he will be re-named Israel, because he has ‘striven with beings divine and human, and … prevailed’ (32:29).  This wrestling incident has given rise to much commentary over the centuries (natch), which I’ve reviewed here.  To my mind, what is key is that Jacob must wrestle to get the being’s blessing.  Jacob’s meeting with a very (too?) genial Esau is treated with suspicion by the rabbis (e.g., putting dots in the scroll over “and kissed him”).  I just had a thought – maybe Esau never intended to attack but was just showing off his (physical) strength.  Jacob demonstrates how adept at soft soap he has become, with lots of gifts and bowing to Esau and general obsequiousness.  They part peacefully, and Jacob settles in the city of Shechem in Canaan.” Why he stops there, we are not told.

There’s a nice literary structure to this story that I noted in 2016:

“There are many parallel structures throughout the Torah. Some of these form intricate sequences of language, events or themes, known as chiastic structures, or chiasms, having the general form A B C D E … E’ D’ C’ B’ A’.  For example,

Jacob and Esau quarrel because of Isaac’s blessing.

Matures during 20 years with Laban,

Dreams of wrestling an angelic being, and

Jacob comes home, rich and with a huge household.

Jacob and Esau come together to bury Isaac.

Such structures provide a satisfying symmetry of language, events, and themes, kind of like literary karma.”

The ensuing stories about his oldest sons are not encouraging.  His daughter Dina is raped and, though the rapist Shechem wants to marry her, brothers Levi and Shimon trick the men of the community into circumcision and then massacre them.  And Reuben sleeps with Bilhah, who was Rachel’s surrogate.  When the family finally reaches his old home, Jacob finds his mother’s nurse has died; presumably, so has his mother Rebecca.  Isaac dies and is buried by Jacob and Esau.  This was my Bas Mitzvah portion, BTW, not that I read any of the Torah at the time (I also apparently did the wrong haftarah, which was done last week by Sephardim), being a girl in a non-egalitarian synagogue.  I didn’t mind that then. It was more important that it was my home synagogue.

I’ll conclude with this from 2014: “Home is more than a place or memories or even family.  When I was going on job interviews after several years away, when I was in the Philadelphia area and heard the local, generally maligned accent and speech patterns, I thought, ‘I’m home.’  And when I reconnected electronically with high school classmates and cousins and others fondly remembered from my past, I also felt ‘I’m home.’  Home is the past and present that enable us to proceed to the future with confidence, even serenity.” 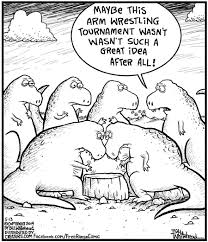 Q: What is the definition of diplomacy?

A: The ability to tell a person to go to hell in such a way that they look forward to the trip.

After much careful research, it has been discovered that the artist Vincent Van Gogh had many relatives.

submitted 2 years ago by Happyhokie

I am well. Hope you are. Tell Brother Walt and Brother Elmer the Marine Corps beats working for old man Minch by a mile.

I was restless at first because you get to stay in bed till nearly 6 a.m. But I am getting used to it, so I like to sleep late. Tell Walt and Elmer all you do before breakfast is smooth your cot and shine some things. Practically nothing.

Men got to shave but it is not so bad, there’s warm water. Breakfast is strong on trimmings like fruit juice, cereal, eggs, bacon, etc., but kind of weak on regular food, but tell Walt and Elmer you can always sit by the two city boys that live on coffee. Their food, plus yours, holds you until noon when you get fed again.

We go on “route marches,” which the platoon sergeant says are long walks to harden us. If he thinks so, it’s not my place to tell him different. A “route march” is about as far as to our mailbox at home. Then the city guys get sore feet and we all ride back in trucks.

The sergeant is like a school teacher. He nags a lot.

This next will kill Walt and Elmer with laughing. I keep getting medals for shooting. I don’t know why. The bulls-eye is near as big as a chipmunk head and don’t move, and it ain’t shooting at you like the Higgett boys at home.

Then we have what they call hand-to-hand combat training. You get to wrestle with them city boys. I have to be real careful though, they break real easy.

Be sure to tell Walt and Elmer to hurry and join before other fellers get onto this setup and come stampeding in.

We have practiced diplomacy since the very beginning of the nation. Sometimes it has not worked, and we’ve had to go to war. I always believe you should try to find peace and reconciliation before conflict. That has been the approach I’ve taken. Colin Powell

Reconciliation is a part of the healing process, but how can there be healing when the wounds are still being inflicted? N. K. Jemisin

Reconciliation should be accompanied by justice, otherwise it will not last. While we all hope for peace it shouldn’t be peace at any cost, but peace based on principle, on justice. Corazon Aquino

In history, the moments during which reason and reconciliation prevail are short and fleeting. Stefan Zweig