This week, representatives of a minority group officially confront the leader of the country, an arrogant, ignorant, stubborn man. He believes he is all-powerful, the but his own close advisors soon begin deserting him.

I refer of course to the confrontations Moses and Aaron have with Pharaoh in this week’s Torah portion.  The first meeting was just a warm-up.  This week, God leads with a more majestic introduction than just “I will be that which I will be,” revealing what we refer to as the “ineffable name,” denoted by the letters YHVH, and promising to rescue the Israelites from slavery and bring them to the Promised Land, per the covenant with their ancestors.  However, having been let down once, the people are now going to be a lot harder to convince.

Moses and Aaron get more preparation (Effective Presentations 102) and are once more told the game plan: They will ask Pharaoh to let the people go into the wilderness for a three-day festival for the Lord, he will refuse with a hardened heart, the Lord will send impressive signs and wonders, and after that, Pharaoh will send the people out of Egypt.

Pharaoh is not impressed the Aaron’s staff-turned-serpent swallows up his magicians’ staffs-turned-serpents.  Nor is he really impressed by the plagues of blood and frogs, since his magicians easily replicate them.  When it comes to the third plague, lice, the magicians are stymied and tell Pharaoh, “This is the finger of God!” (8:14-15) But Pharaoh’s heart stiffens, and he won’t let the Hebrews go.  In rapid succession, four more plagues follow: swarms of insects, livestock disease, boils, and hail.  Next week, we’ll read about the last 3 plagues: locusts, darkness, and the slaying of the firstborn.

Sometimes Pharaoh hardens his heart himself and sometimes the Lord hardens his heart. How does the Lord’s hardening Pharaoh’s heart fit into the whole game plan?  Isn’t that rigging the result? One explanation by Moses Maimonides (12th c. Spain, Egypt): “The same as a person sins of his own prompting, so is his ability to repent. But it may sometimes happen that man’s offence is so grave that is penalized by not being granted the opportunity to turn from his wickedness… To this end, Scripture states: ‘I shall harden Pharaoh’s heart.’ He sinned, first of his own free will…until he forfeited the opportunity to repent. … We may conclude therefore that it was not God who forced Pharaoh to do evil to Israel…all of them sinned of their own promptings, forfeiting their right to repentance.”  (Moses Maimonides, “The Eight Chapters, Introduction to Pirkei Avot,” cited in “Retribution, Deterrence, or More? The Meaning of the Plagues” by Mark Greenspan, Rabbinical Assembly).

The 10 plagues have elicited a lot of commentary over the millennia.  Can they be explained as natural phenomena, the miracle lying in their timing?  Maybe.  N. J. Ehrenkranz and D. A. Sampson, in , “Origin of the Old Testament Plagues: Explications and Implications,” Yale J Biol Med. 2008 March; 81(1): 31–42, attribute them to “unseasonable and progressive climate warming along the eastern Mediterranean coast”.  Another idea is that the plagues occurred over decades, and group memory collapsed them into one cataclysmic sequence.

Why are the plagues imposed at all? Reference to “knowing” (e.g., “the Egyptians shall know that I am the Lord”) occurs 10 times between 7:5 and 14:18 (Nehama Leibowitz, New Studies in Shemot, pp. 170-171).  Isaac Abravanel (15th c. Spain) identifies three groups of 3 plagues, each representing one aspect of the Lord that the Egyptians need to acknowledge: (1) the Lord exists, shown by the first 3 plagues; (2) the Lord punishes and rewards, plagues 4, 5, and 6; and (3) the Lord can change the nature of things at will, plagues 7, 8, 9 (Leibowitz, op cit., pp. 172-173).  Further, the skeptical Hebrews need to see these concrete demonstrations of divine power at least as much as the Egyptians do.

However, the plagues are necessary but not enough. We are told in 7:4-5, “When Pharaoh does not heed you, I will lay My hand upon Egypt and deliver My ranks, My people the Israelites, from the land of Egypt with extraordinary chastisements. And the Egyptians shall know that I am the LORD, when I stretch out My hand over Egypt and bring out the Israelites from their midst.”

So, the “extraordinary chastisements” followed by the delivery of the people will show the Egyptians who is the Lord.

Overheard at Our Hospital
Phlebotomist: I’m here to draw some blood.

Phlebotomist: You didn’t think you’d get to keep it, did you?

Top Ten Signs YOU Are A Frog
You get mad when you don’t find a fly in your soup
You buy out the supply of wart removal cream in your drugstore constantly
French chefs are eyeing your legs and appear to be following you
Bug lamps appear to you as a curse
On applications, you list ‘Pond’ as your home address
Kermit is your idol
You get mad whenever Miss Piggy makes a pass at Kermit
Have seen the movie ‘The Fly’ at least ten times
You live in fear that someday you will wind up in a child’s aquarium
France is the evil empire to you
———————–

Why tiny flying bugs were all over Philly last night (excerpts)

Swarms of tiny flying insects descended on Philadelphia Monday night, clustering in barely visible clouds that caught many by surprise. Bug clusters were reported all over the city, from South Philly to Center City to Fishtown to the Northeast.

The situation during prime evening hours, around 6 to 9 p.m., was so bad that people — and the Philadelphia Police — were making jokes about “end times” and “our new insect overlords.”

So what’s the deal? Well, it’s not the apocalypse.

The winged buggers that showed up last night were likely flying ants, per Michelle Niedermeier, environmental health program coordinator at Penn State’s Pennsylvania Integrated Pest Management Program, which is based in Philly.

During their mating season, these critters emerge from their larval state in synchrony to make it easier to find mates, meaning thousands of males and queens are released into the air at the same time for what’s known as the “nuptial flight,” said Dr. John Cambridge, the entomologist who runs the Philadelphia Insectarium and Butterfly Pavilion in Holmesburg.

It turns out there’s even a name for this phenomenon happening at this time of year — “Labor Day ants.” It’s been documented in areas around North America, and last night’s swarm reached as far north as Connecticut.

But if it’s a regular thing, why are we noticing it in Philly more this year (and especially Monday night)?  Basically, because nature doesn’t follow a regular marching pattern. “All organisms go through continuous boom-bust population cycles,” Cambridge explained.

So what can we do if the flying ants come for us? Pretty much nothing (no flamethrowers, please, per the Philly Health Department).

However, Cambridge offers this tip: Raise your hand.

“If you do find yourself in a swarm of midges or gnats,” he said, “a trick is to raise your hand above your head because the insects will often orient towards the highest point on your body — better your fist than your face!” 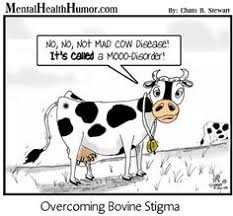 Cure for Boils (from the Pottermore Wiki, for Harry Potter fans) (excerpts)

Add 6 Snake Fangs to your mortar.

Crush them into a fine powder using your mortar.

Add 4 measures of the crushed fangs to your cauldron.

Add 4 Horned Slugs to your cauldron.

Add 2 Porcupine Quills to your cauldron.

Wave your wand to complete the potion.