A malevolent government that feels threatened by an ever-growing group of thriving immigrants. Defiant women who resist official cruelty.  A young man whose temper forces him to hide for decades.  And God, who catches the now old man’s attention as a voice in an ever-burning bush, and proceeds to describe the drama about to be played out.

Welcome to the second book of the Torah, Exodus, or, in Hebrew, Shemot (names), which is also the name of this week’s portion.  The stories are so well-known that it’s difficult to consider them afresh, so I will try to manage that by asking questions, after a bit more of a recap.

Joseph has died.  A new Pharaoh is alarmed at this large group of flourishing foreigners in Goshen and enslaves them. They continue to multiply.  He orders the midwives to kill newborn Hebrew boys. They don’t.  He orders Egyptians instead to drown the newborn Hebrew boys. One boy escapes because his mother sets him in a basket on the shore of the Nile, guarded by his sister; he is rescued and adopted by none other than Pharaoh’s daughter, is named Moses, and grows up in the palace.

As a young man, increasingly aware of his own heritage, he sees an Egyptian beating a Hebrew and kills and buries the Egyptian.  When he learns this has become known, he flees to Midian, where he rescues the 7 daughters of Reuel (Jethro) and waters their sheep at a well (there’s always a well). Reuel gives daughter Zipporah to Moses as a wife, and Moses settles in as a shepherd until he’s 80.  Then he sees a bush that burns but is not consumed, and his life is upended. [Old joke:  It is 1990. The President of the United States sees an old man with a staff and a beard, believes him to be Moses, and tries in vain to engage him in conversation.  The old man finally explains his reticence: “The last time I talked to a Bush, I ended up wandering in the desert for 40 years.”]

The Lord speaks to him from this bush and gives Moses the assignment of leading the Hebrews up from slavery, out of Egypt.  In fact, pretty much the whole story is told here: Pharaoh will refuse his request for the Hebrews to spend 3 days in the wilderness sacrificing to their God, God will strike Egypt with wonders, Pharaoh’s firstborn will die, and the Hebrews will escape laden with stuff from their neighbors.  The Lord also teaches Moses some nifty show-and-tell acts to wow both the Israelites and Egyptians.  But Moses comes up with several reasons why he’s the wrong choice until the Lord, angered, reminds him his brother Aaron can be his mouthpiece.

In Egypt, Moses and Aaron reveal their mission to the elders of Israel and get their buy-in.  Pharaoh, however, not only refuses their request but orders the Hebrews’ workload increased by making them gather their own straw to make the same quota of bricks.  They turn on Moses and Aaron, blaming them for this, and Moses complains to the Lord that he’s been hung out to dry.  And the Lord tells him that now he will see what happens to Pharaoh, and the Hebrews will be freed. 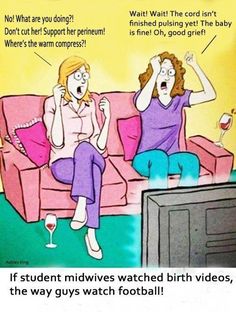 I recently quit working as a midwife to become a comedian…
Turns out my skillset is pretty transferable.
It’s all in the delivery.

A midwife calls a doctor
“Doctor she’s been in labor for 36 hours we need to do a c section.”
“Not so fast,” says the doctor “there’s one more thing to try”
He goes to the obviously pained mother to be and says “what do you call maids in space?”
After the woman gives him a blank stare the doctor says “Vacuum cleaners.”
Upon hearing this joke the woman cringes so hard that she expels the healthy crying baby.
Relieved, the new mother says “Thank you doctor but that’s the worst joke I ever heard.”
The doctor smiled and said, “the punchline sucks but the delivery was perfect.”

I once spoke to a midwife about the miracle of birth
She said “Have you ever witnessed something as majestic as a human birth? It’s wonderful!”
I said, “I was at a birth once”
“Oh? How was it?” she quizzed me.
I said “first it was very very black, then all of a sudden very light”

My wife went into labor last night and our assigned midwife was out sick. Our 2nd choice midwife was on vacation. The only one available to assist us was a damn intern.
We were having a midwife crisis!
——————— 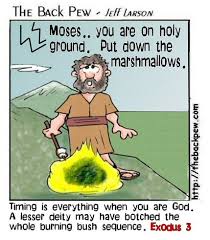 A San Diego-based company is using old school materials like straw bales and clay to build homes that are more fire-resistant for Southern California residents who worry about wildfires season after season.

Simple Construct is applying tried and true, pioneer-like technology to build houses designed in a way that makes them more difficult to burn. And, amid red flag warnings and Santa Ana winds sweeping The Golden State, this type of home protection may be top of mind for many San Diego residents.

Now, when you think of fire-resistant materials, straw probably doesn’t come to mind. However, straw is the primary building material that makes Simple Construct homes harder to burn.

The resurgence of straw bale homes comes more than 200 years after they were first built on American soil.

“There is a sense of shelter and security,” Tasker explained. “These are thick walls; you feel very protected.”

The next day he goes in front of his class for show and tell. He tells the class, “My family hasn’t had a normal birth for 3 generations.”